Yazd is the city of tales. There are thousands of memories in its heart and every building has a story to tell. Dad Hotel’s story is also very charming: it’s a 90 years old memento in historical center of 3000 years old Yazd, right in midst of its urban bygone architecture. “Haj Abdul Khaleq-e Dad” built this building as both a hostel and a place for exchanging goods in year 1927, which continued its work until the year 1993, when his descendants were to restore the building, of course with retaining its historic identity. Therefor, 8 years later, in 2001, the result was a classic Iranian- Yazdi hotel that combines tradition and modernity. Now after more than 30 years, the old Dad garage has become a 4star hotel and benefits from all the today’s facilities in the world’s best hotels. This hotel is the harvest of “Haj Mohammad Hasan-e Dad” and his children and descendants’ efforts. Dad’s Hotel locates in the vicinity of the most well-known historical memorials of Yazd, including; the fire temple of Zartoshtian, Jami Mosque, the Eskandar (Alexander)’s Prison, The Amir Chakhmaq Complex and the neighborhood of Fahadan. Yazd Dad Hotel 88 rooms with classic architecture and modern amenities. People of Yazd are famous for their hospitality, in this complex we will show you this character in the best way.

Learn more about us
What Others say about us 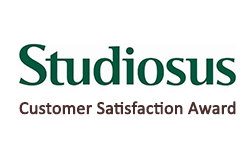 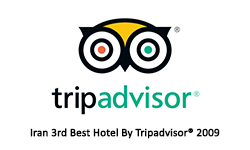 Ama Safar Travel agency, located in Dad Hotel, with professional staff, has more than 10 years of experience in holding and organizing interior tours, foreign tours, group tours, individual tours, hotel reservations, as well as Yazd tours, desert tourism and Safari. Our colleagues at Ama Safar agency will contact you as soon as possible. You can contact our colleagues to book your tickets and tours, arrange your airport shuttle, transfer in Yazd.

Experience a charming and unique accommodation in rooms and suites with Iranian architecture, modern amenities and world class standards. Touch everything you dream about in reality.

A pleasant space for renewing laughters, a place to reminisce the abandoned originality, forgotten flavors and rich Iranian culture. Experience the feeling of living, alongside with pleasant flavors.

At Father’s Hall, highly qualified staff and professional equipment will provide you with the best services for your banquets, private events, conferences and business meetings.

Facilities and services in accordance with international standards, such as aqua complex, 24hr room service, taxi service, etc. are here to make a pleasant journey and a memorable experience for you

A memorable residence in Yazd!

A unique collection of the art and culture of desert people

Images from your memories

Photos capture our beloved moments, they let us open a treasure box and browse through our memories, one by one. There are images filled with spirit of life, blazing our identity. Dad Hotel chest, is the best place to dream and review your memories. Here is Dad’s treasure.

Experience Dad Hotel before your stay

Before choosing Dad Hotel and your residence, you can virtual visit the whole collection and imagine your stay. Our suggestion is to start from the central yard, enter the corridors and see the rooms closely. Do not forget the rooftop.

Offers as Hot as Yazd

The journey itself is full of fresh and hearty experiences. And it’s going to be even better with our tempting offers. Dad hotel will give you special offers which undoubtably save you from trouble and will double the journey’s pleasure.

Persian and Yazdiculture and history are filled with celebrations and magnificent traditions, which together makes it more enjoyable. You can visit the events at on various occasions and exhibitions that are presented with interesting topics at the hotel.

The most modern solar construction in Yazd

Dad Hotel, as a pioneer provider of green energy In Iran, generates 40,000kw/h of electricity annually by only using solar energy, which reduces the production of 25 tons of CO2 per year.
Renewable energy sources are one of the most effective and efficient elements for tourism development in Iran. Sustainable tourism is based on the use renewable and pioneer energy in this industry. hence, the need for hotels with green energies is felt more and more because hotels are the heart of tourism industry. fortunately, Dad Hotel has been able to succeed on this route.

Yazd Atashkadeh [ Yazd Atash Behram ] Zoroastrian Atashkadeh in Yazd, Zoroaster and his followers Seeing a few children, firebox in their hand, and their occasional naughtiness but with caution not to fall into the ground was a common sight in ancient Iran. The children [...]

The vicinity of water reservoir and zurkhaneh in Yazd

The vicinity of water reservoir and zurkhaneh in Yazd Why is there a Zurkhanes next to most of the water reservoirs?The bell sound of Zurkhane may attract your attention when you stroll through the alleyways of Yazd. Suddenly, remember the old pahlavanan (champions) with those thick mustache [...]

The new Yazd and tourism industry

The new Yazd and tourism industry The ancient Yazd and foreigners When fame is in the siege of the desert, the way for passengers to reach it is rugged, long and tedious. It is also not known for its green nature and flowing streams where [...]