The vicinity of water reservoir and zurkhaneh in Yazd

Why is there a Zurkhanes next to most of the water reservoirs?

The bell sound of Zurkhane may attract your attention when you stroll through the alleyways of Yazd. Suddenly, remember the old pahlavanan (champions) with those thick mustache and burly chest, and you want to enter the Zurkhaneh and watch pahlavanans’ exercises. In the ancient times, the people did other activities besides exercising in Zurkhaneh and showing their power in the squares of the city. Cleaning the deep water storage of water reservoirs was a very difficult and demanding task and the ordinary people could not do it. It needed powerful hands and a strong spirit that pahlavanan had both of them. The reason of why Zurkhaneh is next to the water reservoir can be identified by this explanation.
When your city is in the middle of the desert and your eyes can only see the sun and sand, the water certainly will be you main concern. The climate is dry, there is not much rain, and rivers are seasonal. Therefore, one should apply his art and intelligence to draw out the water from the underground and to lead it from upper part of the city (a level above the city such as hillside) to the lower parts. It was the way of life for people living in the desert cities like Yazd.
In Yazd, the place for digging the well, Qanat or Kariz was definitely chosen in an area full of water which is probably the Shirkuh hillside (south of Yazd). Then, after digging a few meters (10 to 15 meters), they reach the water. Within a few meters (about 20 meters) from the first shaft (mother well, the second shaft (wellbore) was dug at a lower altitude until they do not reach the water. Because the first well had to be connected to the second well. A shaft was dug every 20 to 25 meters and using a 1 percent slope, the shafts were connected to each other. The connection of all shafts to the mother well was done in the final stage so that during digging other shafts, water would not flow and would not prevent digging (The canal of Qanat or Kariz may last several kilometers to reach to the surface of the ground. The slope of the ground and the depth of mother well determine the length of a string of Qanat. The lower the groundwater level, the more the depth of mother well).
The place where the water comes to the surface of the ground is called “appearance” which is the best place to store water. The maximum depth of water under the ground must be 5 meters. At this point, the ground was dug for the length of 10 to 15 meters to reach the water.
A water reservoir is an indoor pond or pool that is usually built underground to store water and contains several architectural elements: a tank, a dome-shaped roof, wind towers and stairs leading to the tank. These stairs are called “Pashir” which means close to the tap. The best place to build tank and to store water was the point where the water of Qanat reach to the surface of the ground (the appearance). The tank was insulated by mortar. The conoidal and dome-shaped roof as well as a few wind towers were built for it. At the bottom of the stairs, there was is tap (Pashir). The depth and spout of the tank depended on the number of residents in that neighborhood. The wind towers kept the molecules of water always fresh and the evaporation phenomenon caught the heat of water. Thus, the water was always cool. You can see at the entrance of some of water reservoir a large stony bowl filled with benevolent people, so that if a thirsty person passed by, he drink a sip of water there, and keep going instead of going down from the stairs.
The time for filling the water reservoir was January and February. It was the time that there was no agriculture, and they could store water. Therefore, the water was kept in the tank for one year. To prevent form rotting, salt lick was added to the water from the top of the tank. Due to the stagnation of water, the salt lick was not dissolve in the whole water and over time, a dense saltwater was form at the bottom of the tank about one meter. Because of this, the tap was built one meter above the bottom of the tank. After the water of the tank ran out, in order to refill it, at first the saltwater of the floor of the tank must be cleaned until the time of refilling, the salt does not dissolve in the whole water and does not make it salty. Cleaning the bottom of the water reservoirs’ tank with high depth was a very difficult and demanding task and the ordinary people could not do it. It needed powerful hands and a strong spirit that pahlavanan had both of them. 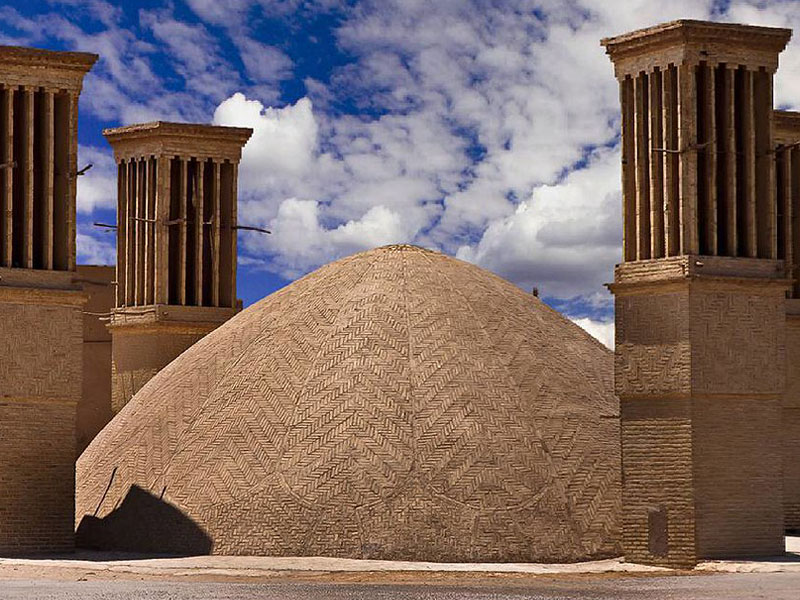 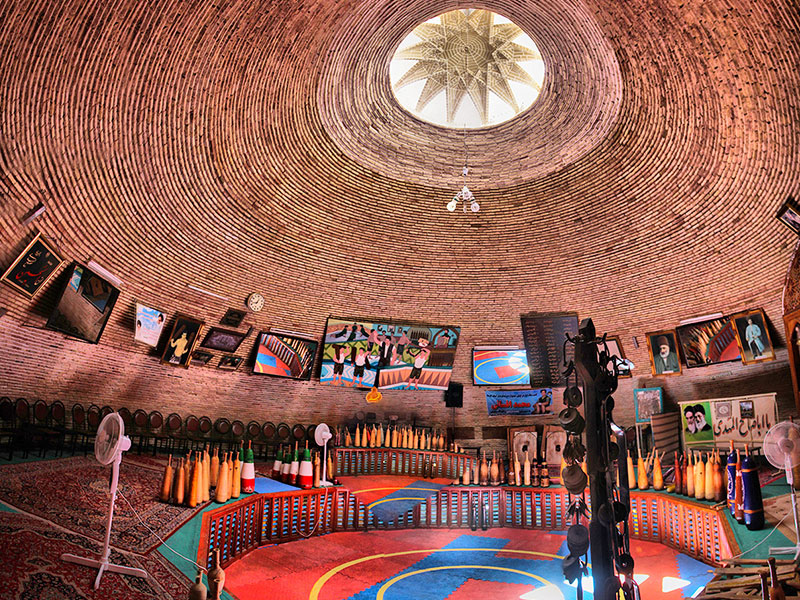